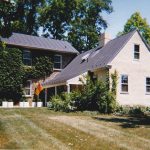 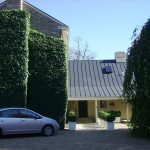 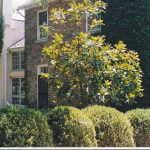 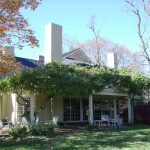 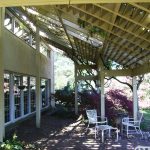 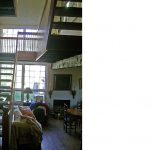 The existing historic house with the original late 18th century story and a half structure and its two story early 19th century stone wing, found in a state of disrepair, were reconfigured and completely restored. The addition is contemporary in style, using glass as the exterior wall in the new stairway to provide a transparent connection between old and new. A sloping pergola is on the south side of the house with sun screening slats calculated for summer sun angles relating to the fenestration pattern in the new south wall.